For a period of the year that stocks are supposed to be very strong they’ve put in their worst performance during Thanksgiving week since the 1940’s.

The continual erosion in the % of stocks above their respective moving averages is potentially coming to crescendo conclusion. A healthy market is a market that lifts all boats and not just a handful. 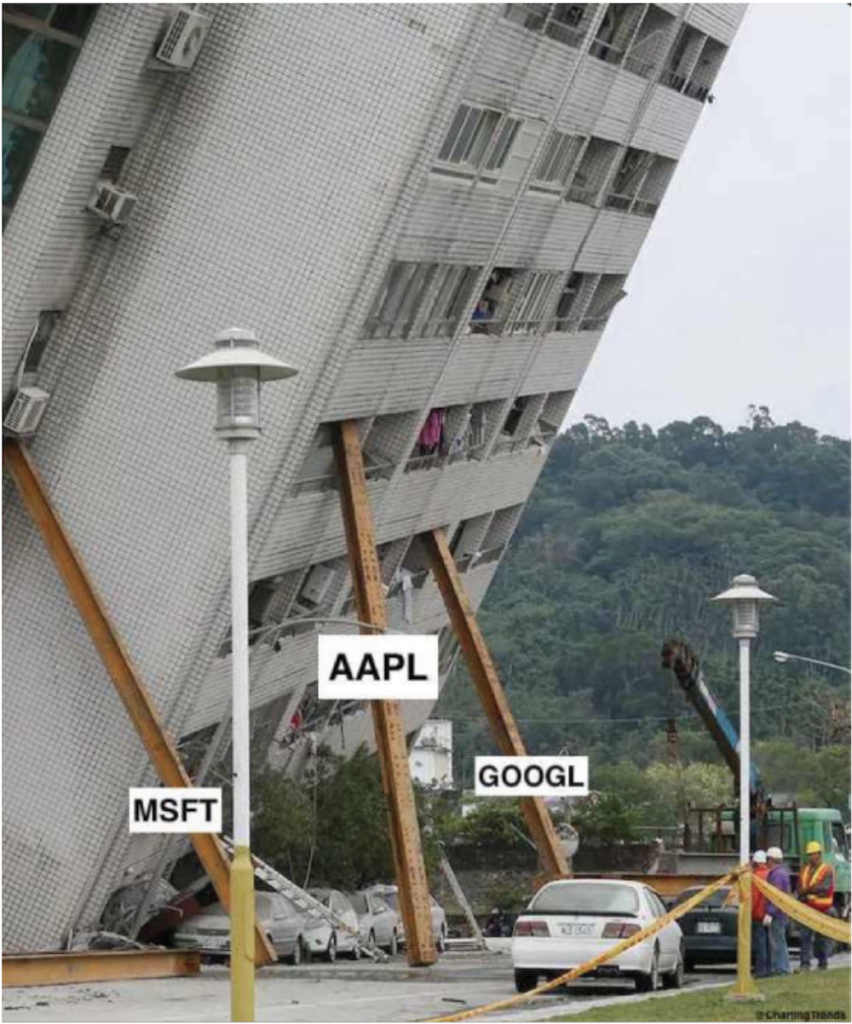 It also shows that the percentage of stocks above or rising above the 50-150 and 200 day moving averages is almost in free-fall. Eventually the major market indices will reflect the serious erosion in the average stock. So it’s my opinion that we are not near the end of this decline. Every rally at this point is an opportunity to sell.

With risk so high and a market bottom no where in sight we are at 100% cash. If the selling becomes severe enough we will have an opportunity to truly invest and not be a short term owner. Or, as an acquaintance says “You’ll have the opportunity to marry some stocks rather than just dating.” Looking at my data this selloﬀ has at least another two weeks before some semblance of stability is restored.

In the meantime, the best thing to do is sit tight. It doesn’t matter in the end what the cause of the selling is. There is always another good market rally to emerge after serious selling and that’s what we should be focused on. And, having 100% cash will allow us to be unemotional despite what the near future has for the markets.

PS: Over the past year of two I’ve told many of you that Janene and I were going to move to the Ft. Lauderdale area. We’ve thrown that plan out the window and have settled on moving to Downtown Denver. The fire risk here is too much. Just last week I spotted a nascent brush fire just a quarter mile from our home.